My gut was that 50/50 equity splits among SaaS founders were more common than non-equal splits — but I just looked and I’m wrong. Of the 25+ investments I’ve made, less than half have 50/50 splits. And it looks like only a minority of the SaaS companies to IPO had 50/50 splits. And looking at them, most seem “fair”. In some cases, the CEO really started the company first, and the others came later. In others, the relative contributions weren’t quite the same. In still others, one founder invested a lot of cash. Etc. etc.  And in many cases, the Founder-CEO is granted a subsequent grant for remaining the CEO.  This is pretty common (Slack, Box, etc.).  That will change the ratios between founders over time. The founders of Salesforce, the #1 company in SaaS, were not even close to equal. Marc Benioff had far more 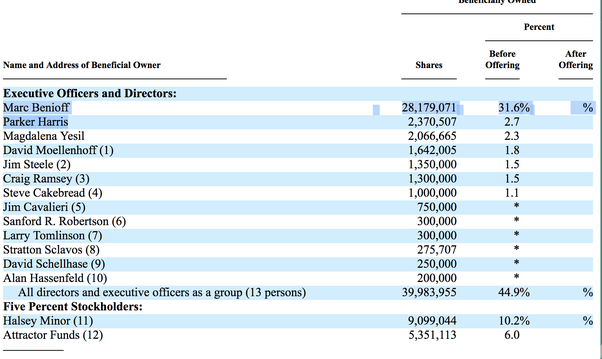 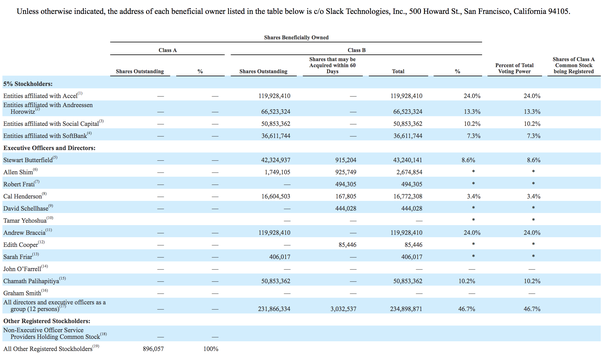 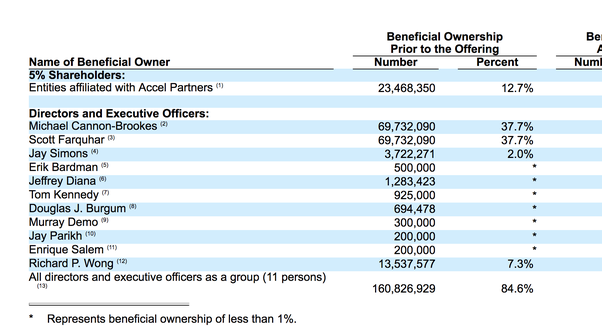 than Parker Harris, for example:

Twilio also did not have an even split. They have done awfully well, too. Ditto for Slack, where the ratio seems to be about 2:1, plus an additional grant to the CEO:

Other certainly have a classic 50/50 or similar split. Atlassian was exactly 50/50, and they’ve done pretty well, too

So, there’s no rule here. My only rule is do what is fair. View original question on quora The post Co-Founder Equity Splits in Top SaaS Companies Often Aren’t 50/50 appeared first on SaaStr.