Both are incredible, iconic companies that dominate a segment of their market. But simply put — Zoom is growing much, much more quickly. Stock prices are (in theory) a function of future profits, and thus, in large part, current growth rates. Dropbox is several years further along. But Zoom is growing faster, even adjusted for less revenue. Having said that, Zoom has an unprecedented valuation/multiple of revenue — the highest ever in SaaS. As amazing as Zoom is, that multiple may not be sustainable, and may reflect some euphoria around Zoom’s epic metrics. It’s possible Zoom may not be worth more than Dropbox down the road. But both will be worth a lot ? 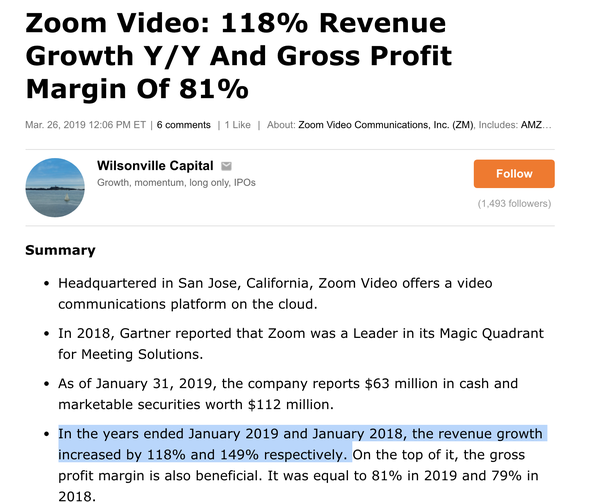 View original question on quora The post Why is worth more Dropbox? appeared first on SaaStr.